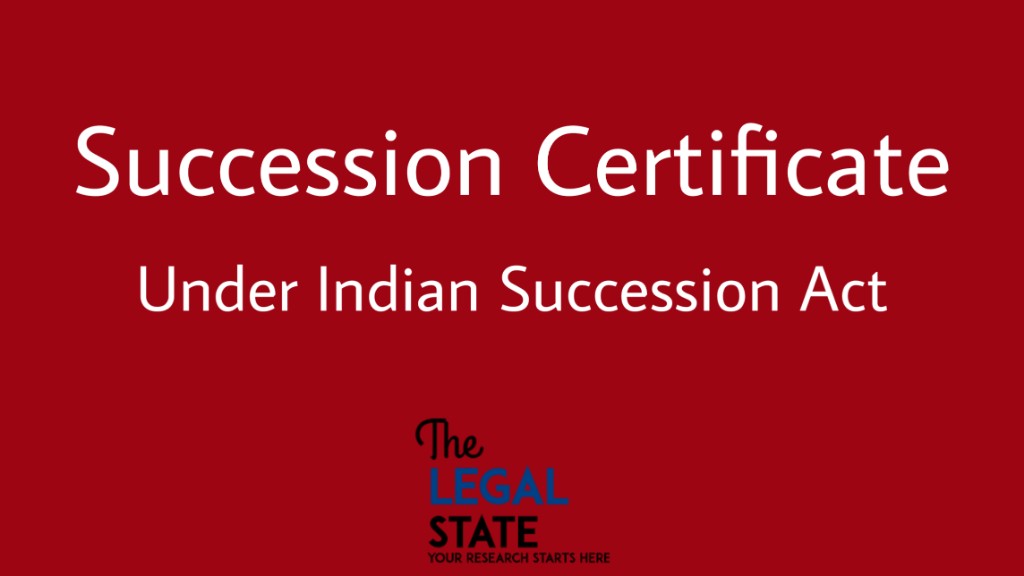 What is a Succession Certificate?

A certificate granted to a person interested in the estate of the deceased, to facilitate the collection of debts on succession, is called Succession Certificate. It will be granted by the Court with respect to any debt or security. It gives protection to the debtors of a creditor. It is conclusive proof against the debtors that any payment made to the holder of a Succession Certificate is valid.

This Section says that the District Judge may grant a certificate. The jurisdiction of the Court is dependent on two alternative circumstances. Those are the place of ordinary residence of the déceased at the time of his death or where he had no fixed place of residence, the sites of any part of the deceased’s property.