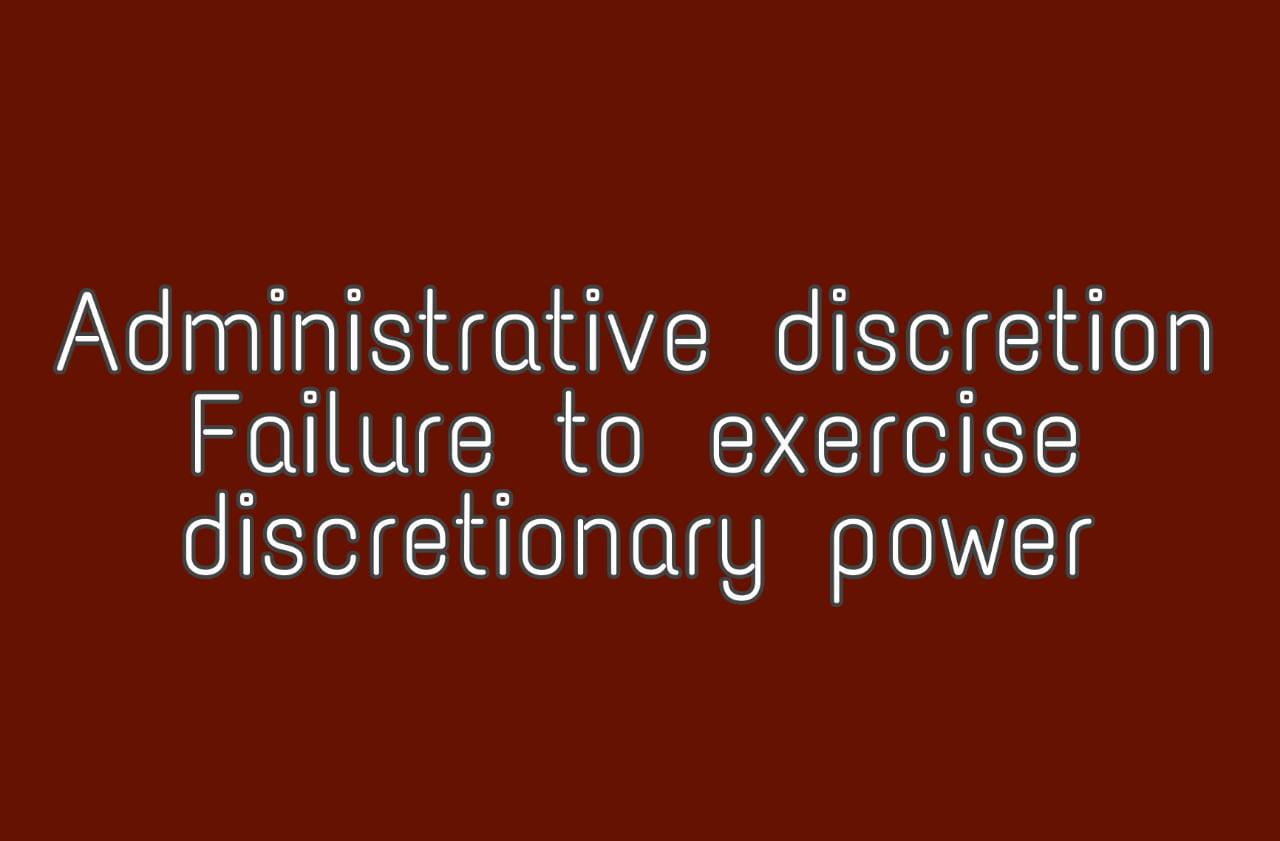 The word discretion was discussed in the case of Susannah Sharp v. Wakefield[1]. The court, in this case, stated that “discretion means when it is said something is done within the discretion of authorities that something is done according to the rule of reason and justice, not according to the private opinion. According to law and not humor. It should not be arbitrary, vague, and fanciful rather it must be legal and regular. And it must be within the limits.”

The word Discretion and Administrative Discretion has been meant differently to the different jurist.

“Discretion”, proclaimed Coke, “is a science or understanding to discern between falsity and truth, between right and wrong, between shadows and substance, between equity and colorable glosses and pretenses, and not to do according to their wills and private affections.”

Thus, in short, in administrative discretion, the decision is taken by the authority not only based on the evidence but also in accordance with policy or expediency and in the exercise of discretionary powers conferred on that authority.

In India, the courts interfere with the discretionary power exercised in the following situations when-

In this article, we will discuss the ways in which there is a failure to exercise discretion.

The main objective of discretionary power is that the authorities use it. If there is a failure to exercise the power by the authorities, the action will be bad. The said thing may happen when there is –

A discretionary power, must, in general, should be exercised only by the authority it has been committed to. It is a well-known principle of law when power has been confined to a person, it is because of his judgment which is trusted, thus he must exercise it personally unless he has been expressly empowered to delegate it to others.

An authority exercising power must exercise the same after considering individual cases. Instead of doing that if the authority imposes fetters on its discretion by adopting fixed rules of policy to be applied to all cases, it will be the failure of exercise of discretionary power.

This does not mean that no policy can be adopted or no principles should be laid down. This means that even if a general policy is adopted, each case should be considered based on its merit.

In the case of Shri Rama Sugar Industries Ltd. v. the State of A.P.[2], the tax was imposed on the purchase of sugarcane but the government was granted the authority to exempt any new sugar factory from payment of tax for three years. The government, however, exercising this power decided to grant such exemption only in favor of the cooperative sector.

The said policy was challenged by the appellant. The decision was upheld by the Constitution Bench, by the majority of 3:2. However, it is not be noted that the majority decision was not correct. In the same case the minority rightly observed, “In fact, the Government by making the policy decision, had shut its ears to the merits of the individual applications.”

Sometimes, an authority entrusted with a power does not exercise that power but acts under the dictation of a superior authority. Here, the authority invested with the power purports to act on its own but in actual sense the power is exercised by someone else. The authority concerned does not apply its mind and does not take action on its own judgment, even though it was not so intended by the statute.

In Commr. of Police v. Gordhandas Bhanji Gordhandas[4], under City of Bombay Police Act, 1902, the Commissioner of Police granted licence for the construction of a cinema theatre. But later on, he cancelled it at the direction of the State Government. The Supreme Court set aside the order of cancellation of licence as the Commissioner had acted merely as the agent of the government.

When a discretionary power is conferred on an authority, the said authority must exercise that power after applying its mind to the facts and circumstances of the case in hand. If this condition is not fulfilled, there is clear non-application of mind on the part of the authority concerned.

Thus in this situation, there is failure to exercise discretion and the action is bad. In Emperor v. Sibnath Banerji[5], an order of preventive detention was quashed as it had been issued in a routine manner on the recommendation of police authorities and the Home Secretary himself had not applied his mind and satisfied himself that the impugned order was called for or not.

Abuse of discretionary power will be discussed in the next article.