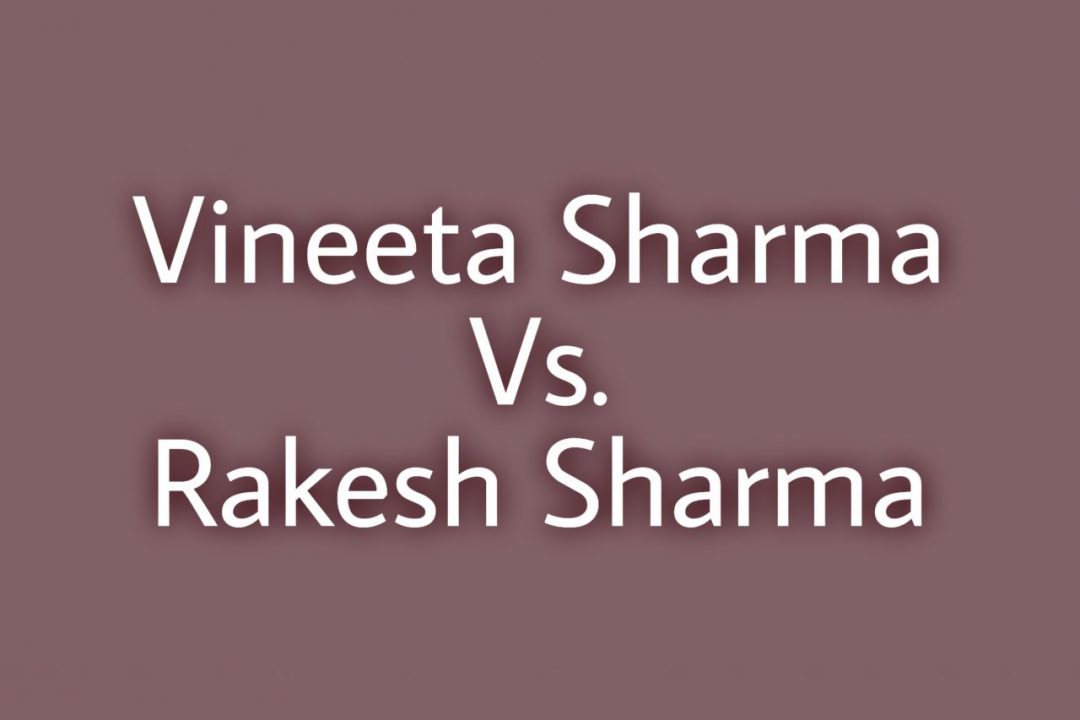 “Opening the last door for justice”

Putting the final nail on male chauvinism in the division of Hindu ancestral property, the Supreme Court made a landmark judgement in the case Vineeta Sharma V. Rakesh Sharma on August 11th 2020. This judgement cleared the legal hurdles to declare that daughters will have inheritance rights equal to those of sons from properties of fathers, grandfathers and great-grandfathers right from the Hindu Succession Act, 1956. This case is a 122-page judgment which is considered to be an important and progressive one. It considerably enlarges the number of circumstances where a daughter can successfully set up a claim for partition against her brothers/relatives and obtain her share. This judgment lays down good law and was much necessary because there was a dissimilarity of opinion on the question of the rights of a daughter as a coparcener and particularly, in what cases can those rights be successfully declared. However, the court ruled out that the Amendment Act, 2005 would have retrospective effect in granting rights on daughters who were alive at the time of the amendment, even if they were born before it.[1]

The plaintiff filed a suit against her brothers and mother concerning the partition of built-up premises in New Delhi.

b.) Legal history of the case:

According to Mitakshara School, the partition of ancestral property is based on the rule of possession by birth. Thus, the sons had an exclusive right by birth in the joint family property. Under the Hindu law, coparcener is a person who inherits property from his/her father, grandfather or great grandfather. Only the coparcener has the right to demand for partition of ancestral or self-acquired property. Before the Hindu Succession Amendment Act, 2005, the coparcenary rights were enjoyed only by the male heirs of the family and the daughters were not entitled with the coparcenary rights.[2]

Thus, the Mitakshara coparcenary law had led to gender discrimination and denied the fundamental right of equality assured by the Constitution of India.

Although the legislative intent of the Amendment Act was clear, it became a subject matter of intense legal debate and resulted in various courts elucidating the same in divergence.

In 2018, the Supreme court made a landmark judgement and held that the Hindu Succession Amendment Act, 2005, made the daughters equal to the sons in claiming right in their father’s property will have retrospective effect in case of daughters born before the law enforced on September 9, 2005. The Hindu Succession Amendment Act 2005, did not fetch its retrospective operation. A Bench of Justices A K Sikri and Ashok Bhushan ruled that “sons and daughters of a coparcener become coparceners by birth” and thus, the amendment gives a share in father’s property to all Hindu women, irrespective of their birth date.

This case is related to Gurulingappa Savadi[3], who died in 2001, leaving behind his two sons, two daughters and a widow. After a year, his grandson filed a suit for partition of the family property, leaving out his two aunts (i.e. daughters of late Savadi). On account of this situation, the two daughters went to the court seeking a share in their father’s property. The trial court’s decision came in 2007, almost two years after the Hindu Succession Amendment Act, 2005. However, there was a confusion to this subject as in the past, a Full Bench of the Bombay High Court held declared that the daughters born before the date when the Hindu Succession Act was amended will not have any share in their father’s property. But, the High Courts of Delhi, Orissa and Karnataka took a different perspective on this case, holding that daughter born before the Amendment Act 2005, but who are alive on the date when the amendment was enforced will be equally entitled to a share in their father’s property just like a son.

In the case Prakash V. Phulavati, the Supreme Court had held that the rights under the Hindu Succession Amendment Act apply to all living daughters of living coparceners as on 09.09.2005, irrespective of their birth dates.

In the case Danamma V. Amar, the Supreme Court had held that the Amendment Act 2005, grants the status of a coparcener to the daughters in the same manner as the son. Therefore, it approves equal rights and liabilities in the coparcener properties to daughters and sons.

Amidst all these confusions, the Supreme Court held that the women would also have their coparcenary rights in the ancestral property even though their father had died before the enforcement of the Amendment Act.[4]

1.) Whether the suit is duly valued for Court Fee and whether proper court fee has been attached on the plaint in light of the plaintiff’s claim that she is in constructive possession of the suit property?

2.) Whether the suit property is self-acquired/HUF property of the father?

3.) Whether the property was discharged by way of oral partition on 21st July 2001 and whether the same was acted upon by the parties?

4.) Whether the suit is maintainable according to Section 23 of the Hindu Succession Act?

5.) To what shares are the parties entitled to?

The findings for the various legal issues by the Trial court:

Issue No. 1– Court fee was held to be paid properly.

Issue No.2– In this case, the Trial Court after investigating the pleadings and the evidence declared that the suit premises is not part of the HUF property as claimed by the Defendants.

Issue No.3– The Trial Court proclaimed that there was no oral partition.

Issue No.4 – In this case, following the judgment of the Supreme Court in Prakash V. Phulavati, 2016, the Trial Court proclaimed that the death of Dev Dutt Sharma having taken place in 1999 and the suit was filed in 2002 before the Hindu Succession Amendment Act. Hence, the Trial Court declared that:

The ruling Prakash Vs. Phulavati is exactly applicable to the facts of the present case. The instant suit was filed in the year 2002 when Section 23 of the Hindu Succession Act, 1956 was enacted. The Hindu Succession Amendment Act, 2005 was enforced on 09.09.2005 and thus, the Hon’ble Supreme Court held that the above-discussed ruling has a prospective effect and not retrospective. A female Hindu can file a suit for partition of dwelling house after the enforcement of Hindu Succession Amendment Act, 2005. Thus, it is clear that the plaintiff being a female heir of late Dev Dutt Sharma is not entitled to seek partition of the dwelling house as she is prohibited by the provisions of Section 23 of Hindu Succession Act, 1956.

Issue No. 5- The plaintiff seeks for one-fourth partition in the suit premises.

Thus, these are the main findings of the Trial court.

A bench of Justices such as Arun Mishra, S Abdul Nazeer and M R Shah ironed out the confusions arising due to the Supreme court’s implementations of the amended Section 6 of the Hindu Succession Act, which was enforced on September 9th, 2005. The bench held that whether the father is alive or not, female heirs in a family who are born before September 9th, 2005, could also claim equal right in inheritance. The three-bench judge had investigated the retrospective effect of Section 6 and declared that the daughters are also entitled to equal right in ancestral property. The classic Shastric Hindu law had removed the Hindu daughters from being a coparcener, this injustice has been done away with by amending the provisions in conformity with the spirit of the Constitution. The goal of gender discrimination as Constitutionally envisaged is accomplished though belatedly. However, the Supreme court held that this case is only an enlargement of the rights of daughters. The rights of other relatives remain unchanged as existing in the proviso to Section 6 as it stood before the amendment.[5]

After the approval of the Hindu Succession Amendment Act of 2005 and the interpretation of the same in the instant judgment, the Mitakshara coparcenary has been diluted to a higher degree and will be nothing but the antiquity of the past. Now with the enlightenment of the legal position, it is expected that this amendment will bring a social transformation in the social status of the daughters.

b.) The Social political implications of the decisions:

To understand the judgment in a better way, assume there’s a family comprising father (F) two sons (S1 and S2) and one daughter D. They have a joint family property (a house) called ‘Equity House’. Later, this “Equity House” becomes the bone of contention and cause for a lot of inequality prevailing in the family. Before the Amendment Act 2005, the coparcenary rights would have included only F, S1 and S2 and their children, grandchildren up to three lineal descendants. Therefore, no entry for women before 2005. But after 2005, a daughter was made an equal coparcener, who are entitled to inherit properties. Thus, today, the coparcenary rights include the father, two sons (S1 and S2), one daughter (D) and their children. The daughter takes an equal share in the property like the sons. This judgement seeks to resolve a never-ending conflict existing in the Hindu joint families and paved the way for a fair society.

However, equality for women has been understood to be the right that treats both men and women the same. This judgement is yet another example of this phenomenon. There is statutory fiction that women (daughters) must be treated according to the standards of the sons (male), which is approved by society. This is a major issue, as it creates a factor of uncertainty that in what way the women are different from men, and how such differences obstruct women’s rights. This is what the concept of substantive equality encloses. For example, in a Hindu joint family, a daughter when married, usually leaves the natal house and starts living with her husband and his family members. But, the son does not. The consequent treatment of married daughters (as belonging to their husband’s families) impedes their rights within the natal family.

This judgment exhibited a practical significance in the women’s rights on the property. Today, the increasing poverty, social marginalization and job losses faced by the Indian society, considerably reduced the property available for succession. This judgment plays a key role in daughters living in families belonging to the propertied classes. The declaration of rights through the law is established upon awareness of rights and also the availability of human and financial resources for the same. However, it is not easy for women to offend their natal family and approach the courts, seeking an assertion of their property rights. Ultimately, the natal family often forms the support system for the woman, in the event of the breakdown of her marriage or upon the death of her husband. Social stigma and victimization are likely to deter her from inheriting the properties.[6]

Therefore, it has taken 15 years since the Amendment Act 2005, was established but now, the Supreme court has paved the way by opening the last door for justice and the burden is on the subordinate courts to be the flag bearers of change. This judgement has brought the Hindu Succession Amendment Act in line with the constitutional goal of gender equality.

This article is written by D.ILAVENIL, a 4th-year law student of B.C.A.LLB.(Hons.) from Dr. Ambedkar Law University, School of Excellence in Law, Chennai.