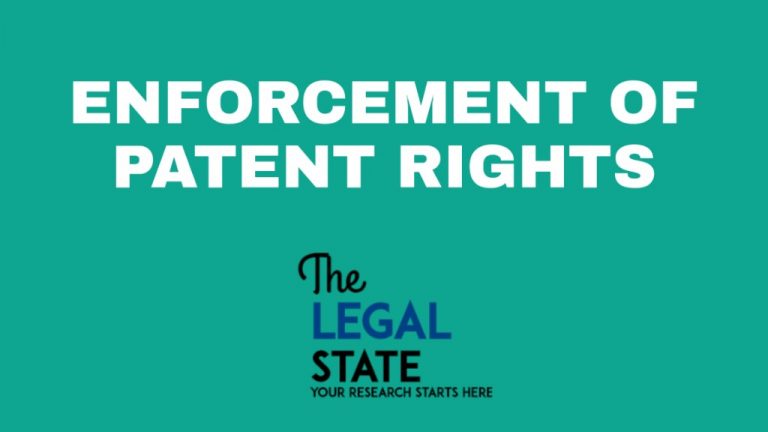 Patent claim charts, in essence, provide in-depth analysis and drawings as to how a product (or a service) has infringed on a patent, which is often a process or product patent or even design patent in jurisdictions such as the United States. Patent claim charts illustrate the scope and extent of patent infringement by breaking down complex claim parts and terminology into illustrated charts using simple language. In general, patent claim charts break down a claim into its individual elements.[1]

Priority of Orders in Case of A Conflict:

The following are the priority of orders:[2]

Following are the points:[4]

Special Types of Orders Passed by The Courts:

Following are the points:[5]

The idea of fast-track litigation in intellectual property cases has been well received by Indian courts, particularly the High Court of Delhi. Because of the relatively low possibilities of winning an interim injunction and the limited length of exclusivity allowed under the patent regime, expedited litigation is becoming more typical in patent litigation. The full trial of an infringement suit is expected to be completed within two or three years of the institution.[6]

Strict Timelines Have Been Provided for The Following cases:

Following are the cases in which a strict timeline has been provided:[7]

Following are the remedies that are available:[8]

Following are the best global practices that are followed:[9]

The Commercial Courts Act will force the four High Courts (Delhi, Bombay, Kolkata, and Chennai) that handle the majority of IP cases to designate benches to hear commercial matters, whether they are exercising original jurisdiction or functioning as a court of first instance. Unless the Plaintiff alters the prayer and pays the additional court expenses (about US $ 1350) to take advantage of the new procedure, existing cases that do not fall below the specified amount, which is INR 10 million (approximately US $ 147,000), will be sent to district court.

It is advocated that India create a progressive court-driven IP litigation system to strengthen the enforcement and litigation system. The goal is to ensure that IP disputes can be handled in a sophisticated manner utilizing a range of procedural instruments, that legal expenses may be greatly lowered, and that disputes can be resolved in a timely manner (less than a year). Although the introduction of commercial courts is a welcome development that aims to speed up the resolution of IP issues, there is still a substantial backlog of large cases to be resolved, and complete implementation remains a difficulty. This approach can provide effective adjudication of IP disputes handled by specialists with adequate fairness and justice, regardless of the complexity or nature of the case.[11]

This article is written by Kinkini Chaudhuri, a third-year student of Amity University, Kolkata