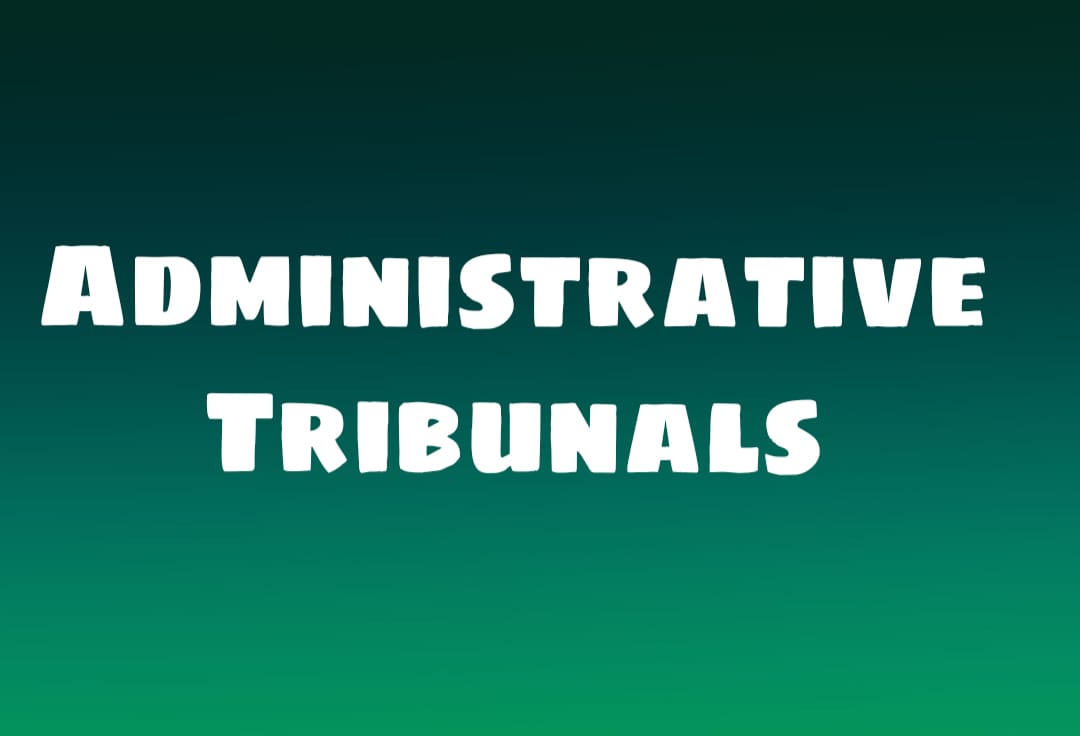 What are administrative tribunals?

The term Tribunal means a seat of ‘judges or a judge’ or a ‘court of justice. Tribunals include a judicial or a quasi-judicial body. In the case of Durga Shankar Mehta v. Raghuraj Singh[1], the Supreme Court defined the term tribunal for the first time. The court said that ‘Tribunals’ as used in article 136 of the constitution does not mean the same thing as ‘courts’ but includes within its ambit ‘all the adjudicating bodies’ provided, they are constituted by state, vested with quasi-judicial power.

The Indian Constitution recognizes tribunals under Articles 136 and 227. Article 136 enables the supreme court to grant special leave to any appeal from any judgment, order, the decree of tribunals. The tribunals always pass awards as it is an adjudicating body. The rewards of tribunals can be appealed in the apex court by the way of SLP.[2] Article 227 grants power of superintendence to high courts over all the tribunals throughout the territories over which it exercises jurisdiction.

With respect to tribunals, a very important amendment was passed in 1976, i.e., the 42nd Amendment Act of 1976. This amendment is also known as the mini-constitution. Through this amendment Article 323-A and 323-B were inserted in a new part i.e., 14-A of the Constitution.

Article 323-A deals with administrative tribunals only. The article states that the parliament can establish tribunals for public service matters.

The 42nd amendment made two major changes in context to tribunals-

After the 42nd Amendment, came the 44th Amendment in 1978 to cover the loopholes of the previous amendment. This amendment left part 14-A untouched and unchanged. A major change of made through this amendment i.e., Article 227 was amended and the jurisdiction of the High Court over all the administrative tribunals was restored back. The amendment stated that the 42nd amendment regarding this matter was incorrect and the high court has the power of superintendence.

In exercise of the power conferred by Article 323-A of the constitution, the Parliament enacted the Administrative Tribunals Act, 1985. Section 28 of the Act excluded the power of judicial review exercised by the High Court in service matters under Articles 226 and 227. However, it has did not excluded the judicial review entirely inasmuch as the jurisdiction of the Supreme Court under Article 136 of the Constitution was kept intact.

In R.K. Jain v. Union of India[4], the Supreme Court expressed anguish on working of “alternative institutional mechanisms” and their ineffectiveness in exercising the high power of judicial review. It was also noted that the sole remedy provided under Article 136 of the Constitution was ineffective and inconvenient and a suggestion was made that an expert body like the Law Commission should study the feasibility of providing an appeal to a Bench of two judges of the High Court concerned from the orders of such tribunals.

For securing the independence of the judiciary, the judges of superior courts have been entrusted with the power of judicial review. Though Parliament is empowered to amend the Constitution, that power cannot be exercised so as to damage the essential feature of the Constitution or to destroy its basic structure.

In this case, Section 28 of the Administrative Tribunal Act,1985. Article 323-A 2(d) and 323-B 3(d) were declared as ultra-vires and unconstitutional as they were said to destroy the basic structure of the constitution. These provisions stated that the tribunals are outside the power of judicial review. The court stated that tribunals cannot act as substitutes for the high court and supreme court. Their decision is subject to scrutiny by the division bench of respective High courts.