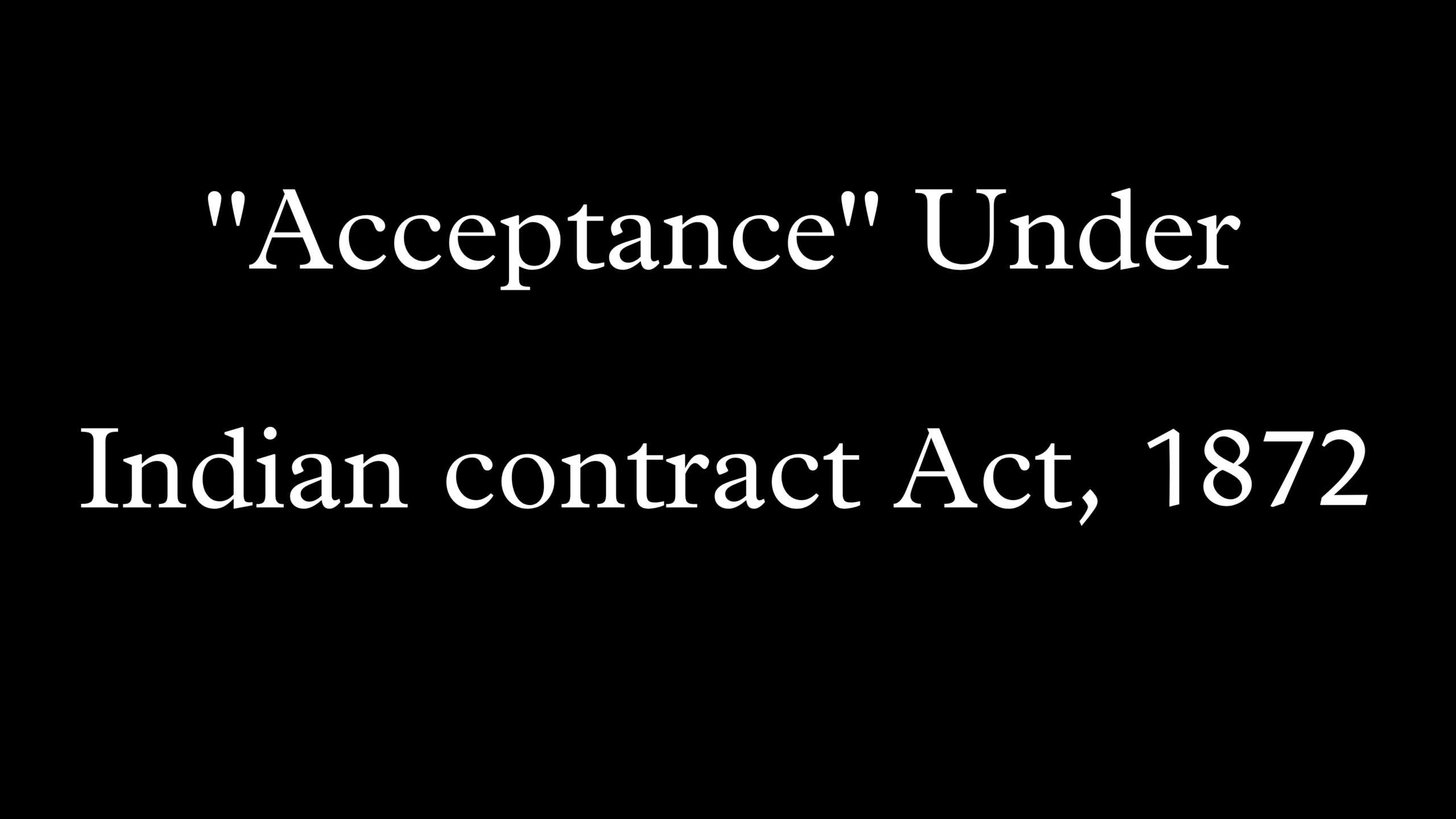 Acceptance and its Essentials

“An acceptance to an offer is a lighted matchstick is to train of gun powder. That is to say once the acceptance is put in the course of transmission, it binds the parties.” ~ Lord Anson

1. Communication ( As it is written in the proposal)

The person to whom the offer has been made or his agent duly authorized on this behalf. In the case of a general offer, however, anyone can accept provided that the offer was communicated to such a person. Also, if an offer is rejected, it cannot be accepted until it is renewed.

# Powel v. Lee (the village headmaster case) It was held that the communication of acceptance is to be made by the acceptor or his duly authorized agent. A stranger to an offer cannot buy himself to be the one to accept it.

#Ramji Dayawala v. Invest Import Company In this case the court held that the Yugoslavian party had impliedly accepted the condition imposed by the Indian party by choosing to go ahead with the contract.

# Bhagwandas Goverdhandas Khedia v. Girdhalilal Purshotamdas In this case it was held that communication is said to be completed in case of telephonic conversation, at the place where the acceptance is heard.

# Entores v. Miles Far East Corporation In the cases of instant communication such as telephone (And E Messaging services) a contract is completed when the acceptance is heard or received by the offeror.

# Brogden v Metropolitan Railway Co If the offer has been signed with the intention to be sent but it is not sent, it is not accepted because there is no communication.

Also Read: Proposal and its Essentials under the Indian contract act

Absolute and unqualified also known as the Mirror image rule

Absolute and Unquailed in the jurist language is also known as the Mirror image rule it means that an offer must be accepted as it was made without adding any condition whatsoever. Acceptance of an offer should be a replica of the offer itself. The offer is to be accepted in its true sense and without any conditions. If the acceptance is not absolute and unqualified then it might be a counteroffer but not a valid acceptance.

Acceptance in the prescribed manner

According to Section 7(2) of the Indian Contract Act, if the proposer has prescribed a method for its acceptance, the acceptance must be by that method. If the manner of acceptance is not prescribed, the acceptance should be in a reasonable manner and within an appropriate time. For example, the UPSC Interview form prescribes it to be sent by post or in person, if someone decides to send it by E-Mail, it will be no acceptance and the High Court may require him to send the acceptance again in the prescribed manner.

#Felthouse v. Bindley Non-acceptance need not be communicated and mere silence would not amount to acceptance. Acceptance can be expressed through words or it can be implied in the following three ways: