The Spectre of Love Jihad

This article is jointly written by Aayushi Jain a student at the Institute of Law, Nirma University, and Palak Jain a student at Manipal University, Jaipur. In this article, the authors aim to throw light on the existence of Love Jihad, its laws in the country. Also sought to emphasize how Uttar Pradesh Ordinance, 2020 breaches the Fundamental Rights of a citizen and critically analyzes its provisions.

The Article aims to throw light on the existence of Love Jihad, its laws in the country, and the consequences of the same in the time of Hindutva. It also sought to emphasize how Uttar Pradesh Ordinance, 2020 breaches the Fundamental Rights of a citizen and critically analyze its provisions. Further, it explains the complexity and difficulty that arose during the process of marriage for inter-faith couples by the government and bureaucracies.

The season of ‘love jihad’ resurfacing again and again after periods of hibernation with more malevolence and frequency. The origin of ‘Love jihad’ came from Rashtriya Swayamsevak Sangh (RSS) and the term was coined in 2009 in Kerala. Khap panchayats have had highlighted that women who looked for consensual relationships must have been tempted or hoaxed. Women who are looking for their constitutionally guaranteed rights had been deployed by the rhetoric shame of ‘love jihad’.

The diverse culture of our country is disintegrating because RSS-backed campaign resulted in one of the biggest “demographic alienations” in India. The idea of Love jihad or Romeo jihad has now transformed itself in a much more devastating state than its former avatar. Ministers from Uttar Pradesh, Uttarakhand, Madhya Pradesh, Karnataka, Assam and Haryana have been the highlights of this latest season.

Further, the ideology behind stating Hindutva is that UP law is the consequence of years of work by workers of the Hindutva group. Right-wing groups had an obsession with the idea of conversion and seduction as revealed in their studies of literature. Their intention was to increase the Muslim population to take over the nation by any means, for instance, when a Hindu woman marries in a Hindu household, she would give birth to two children fairly but when a Hindu woman marries in a Muslim household, she will have to give birth to at least 10 children leading to increase in a Muslim population. Although the law has been used only against Muslim males, it is gradually banning mass conversion of any sort.

Uttar Pradesh prohibition of unlawful conversion of religion act 2020, commonly called anti-love jihad ordinance seeks to prohibit ‘unlawful’ religious conversions wherein private lives and personal beliefs of the people are depicted to be controlled. The phrase ‘freedom of religion’ has been waived off in the promulgation by the governor, although anti-conversion laws of other states have employed in their titles.

The offences under the UP Act 2020 are non-bailable and cognizable and the minimum standard punishment is of one year extendable up to five years and on repeated offenses, it may be double the maximum punishment. Another explicit bias of it is being unequal for different genders as men are awarded higher sentences if convicted for converting a woman, minor or a person belonging to the SC/ST community of which the maximum sentence is of two years extendable up to ten whole years. Sincerely, Is the act really a pressing priority?

The ordinance is not really required because the alternative to it is the police force. The police force can prevent inter-faith marriages from occurring fraudulently or coercively and if such fraudulent conversions happen in mass number then the information would be registered by the state government and hence the government can tell the police force to not let the mass conversions take place. Although, there is no problem in making law the need for sudden action is hard to understand even if an unbelievable scenario takes place, and promulgating an ordinance that has already been passed and became an act could not be justified.

Also read- Sarla Mudgal and Ors. Vs. Union of India 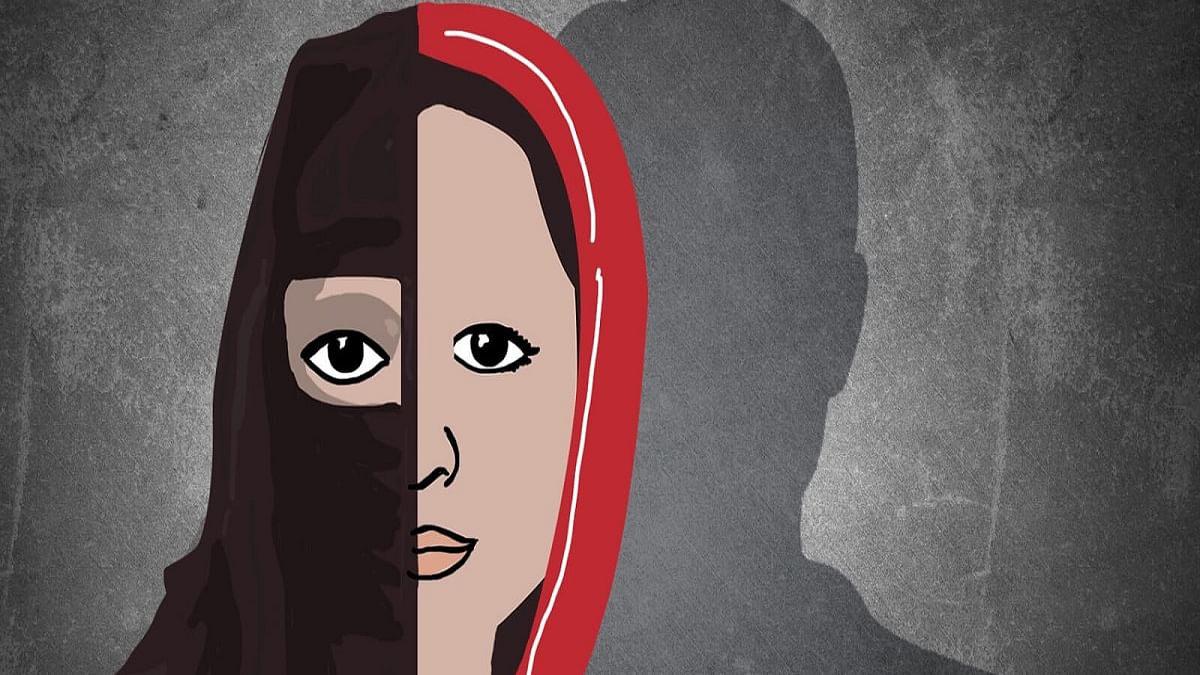 The Spectre of Love Jihad

We are witness to the repercussions of few provisions of the ordinance. Nobody backs the extent of fraud, coercion, conversions although understands it. Nevertheless

Under Section 3 of the UP act, there is a prohibition if any person converts or attempts to convert into another religion by fraud, misrepresentation, undue influence, force, coercion or by marriage. Now, the term ‘conversion by marriage’ is not clearly explained because what if an adult who before marriage converted into religion of the partner then why and who are others to object. Nobody gets ‘converted’ by it. If a Christian marries a Sikh-who gets converted either one or both or neither?

Women are treated as a separate category under Section 5 of the act because punishment is more severe when there is a conversion of women with imprisonment of up to 10 years.

Also, Section 7 is that offences shall be cognizable and non-bailable but it is not clearly stated as if information which includes an allegation of allurement like any offer of a temptation in the form of gift or gratification that a religious conversion is or will be going to take place floats then a police officer is appointed under the Criminal Procedure Code, 1973 for the cognizable offence and if the offence cannot be avoided then converted person is arrested.

Taking an instance, if a boy and a girl from different religions are hanging out or found talking, eating and they are not even a couple who is going to have an inter-faith marriage but still it would be convenient for some stranger to complain of overhearing any allurement given to girl and this could lead to an arrest of a boy.

Now few obstacles arise in respect to sections like, Section 8 – which states that the police are required to probe the real purpose of conversion and then the report is filed to the District Magistrate that too privately. So, what is the real purpose of this inquiry if the report concludes that desire to convert is not good enough reason? It is well known that police in India have been acting as the hatchet men of the ruling party. What prevents the police from fabricating an intelligence report that a proposed conversion violates the provisions of this law?

Section 9 creates a second hurdle in the form of objections from the public after the conversion has taken place. So, when the declaration of conversion is confirmed then the District Magistrate is expected to display this declaration on the notice board of the office till the contents of it are confirmed. Meanwhile, the pervasive aggrieved person can object to the conversion and if this happens then would District Magistrate not accept the ’bona fide’ conversion and also get the converted arrested because of being it unlawful ? There are chances of manipulation to the converted person and forcefully object to the procedure.

Moreover, Section 12 states ‘burden of proof’. Here the question arises that how the person could read the mind of the converted to show a proof as it could be inferred reasonably that only the converted person can state the things correctly because burden to prove religious conversion by force, allurement or fraudulent means lies on the person who has caused conversion. Burden of proof of whether a religious conversion was not affected through misrepresentation, force, undue influence, coercion, by marriage or by any fraudulent means.

Restricting the Right to Choose

There are some forthcoming laws might short-change those who are eager to punish men who enter consensual relationships. After the Court’s ‘right to privacy’ judgement the Puttuswamy v. Union of India Case and the Shafin-Jahan Hadiya Case (2018), it would be no more constitutional to use ‘marriage’ as a ground for prohibiting conversion, as it involves rights of privacy, choice and marital freedom.

In the landmark case of Supreme Court of the United States, Loving v. Virginia, there was a unanimous 9 judge bench decision of striking down the laws that banned ‘inter-racial’ marriage as it was held that such laws were a violation of personal autonomy.

According to Justice Surya Prakash Kesarwani, there must not be court’s proceedings and decisions in cases of validity of marriages. Personal faith in any religion depends on people and their beliefs and it can’t be defined by court. He even dismissed few petitions reason being for the protection and non-interference in married life. Few existing laws hold such marriages null and void but does not obstruct women their right to choose men who they love and want to marry.

The Hon’ble High Court in Noor Jahan Begum v. State of U.P. was concerned about the faith of the women who choose to convert in order to marry a loved one and in another case of Priyanshi @ Km. Shamren and ors v. State of U.P and Anr where the police protection was declined by the court to the couple. These two judgments were taken into consideration by the division bench of Allahabad High Court in Salamat Ansari and Ors v. State of Uttar Pradesh and Ors and held that they are not laying good law because judgments did not deal with partner’s right to freedom of choice as with whom they would want to live and also with the matter of life and liberty.

The Allahabad High Court in Salamat Ansari v. State of U.P., highlights the aspects that the court needs to ascertain ‘the wish and desire of the girl’ and the question ‘what is marriage’ must be asked rather than asking ‘what is religion’ by the judges and State governments.

do visit- Religious Practices: The Test of Essentiality Crawling In

Read: Lily Thomas vs. Union of India and Others

The process of marriage for inter-faith couples has become more complex and difficult because of the procedures that state government and bureaucracies are imposing under Special Marriage Act, 1954. There were notices mentioned in the Special Marriage Act by which rightwing groups who are not in favor of interfaith marriages used to take advantages by harassing consenting adult couples who are looking for such interfaith marriages. The law doesn’t apply to inter-faith marriages under special marriage act, where both retain their religious identities but applies to those who seek to convert in order to marry under personal laws.

Justice Rajiv Narain Raina in 2018 stated that being in a secular nation the procedures must be adopted according to a new secular mind-set of the people which promote inter-religion marriages without being concerned under Special Marriage Act. He even urged to facilitate the marriage rather than obstructing.

The religious conversion act has already shown the consequences of bullying, arbitrary arrest and loss of foetus which is scaring and vulnerable.

By this act the grown adults are facing obstacles in choosing their life partners which is in complete violation of their rights under Article 21 of the constitution guaranteeing right to life and personal liberty. The ‘love-jihad’ law is more haunting especially to those women who are not allowed to be free and independent to make their own good or bad choices.

It also stereotype women thus violating Article 14 and Article 15 of the constitution along with right to privacy and obstructs right to life, liberty and dignity of the people. Whether relationships are acceptable or permissible is not mandate to be decided by the state and thus, the act is unconstitutional and condemns inter-faith marriages.