In the words of The Ministry of Women and Child Development “The POCSO Act, 2012 is a comprehensive law to provide for the protection of children from the offenses of sexual assault, sexual harassment, and pornography, while safeguarding the interests of the child at every stage of the judicial process by incorporating child-friendly mechanisms for reporting, recording of evidence, investigation and speedy trial of offenses through designated Special Courts”.

This act safeguards the minor population of this country from any sexual offenses and decides a vigilant punishment for anyone who disregards this act. But is this act that vigilant? Are the perpetrators getting the punishment they deserve?

In recent times, Supreme Court is being criticized heavily for its decisions for the violators of the POCSO act. People are taking a moral ground in their minds whereas the judges are legally blind-folded. Some suggest that it has the potential to become a “dangerous precedent” while some even think that since the society is being introduced to newer lifestyles therefore it is required that there should be some stringent changes to this act to adapt itself to this dynamic environment. In the conscience of the above points, the following couple of cases were the foundation of such opinions:

In a recent verdict of the Nagpur Bench of Bombay High Court, which ruled out that groping “without skin-to-skin” contact does not amount to “sexual assault” under the ambit of the POCSO Act, has been very infamous lately. The accused attempted a sexual assault on a 12-year-old girl, while the heinous act could have pertained, she was rescued by her mother. Regarding Section 7 of the act, it was ruled out since there was no “physical contact” with the minor, the act would not be treated as a sexual assault and treated the case as a mere act of Section 354 of IPC.

This case had concluded with no foundation and more wrath within the societal affairs. The criticisms are still at an all-time high, the court’s bizarre interpretation has caused major trust issues within the people at large. It has also moved national-level bodies such as the National Commission for Women (NCW) and the Child Rights Commission into action. The Supreme Court, too, has ordered a stay on the ruling.

From the Nagpur Bench of Bombay High Court, another discombobulated ruling has taken place, as pronounced by Justice Pushpa Ganediwala, “the act of holding a girl’s hands and opening the zip of pants will not come under the definition of sexual assault”. In this case, a 50-year-old man was accused of molesting a 5-year-old girl, while The Supreme Court ruled it to be a case of “aggravated sexual assault” and convicted was awarded for a minimum period of 10 years along with a penalty of not less than ₹25000 under Section 10 of the POCSO Act.

As a disturbing consequence, the Bombay High Court struck down the conviction under Section 8, 10 & 12 of The POCSO Act and classified the heinous act as an ‘Offence of Sexual Harassment’ being charged under Section 354A(1)(I) which defines a punishment of up to a maximum period of three years.

While being already criticized for the “skin-to-skin” judgment, the Bombay High court has seemingly annihilated the basic structure of the POCSO Act and has mended it up to its comfort of thinking. 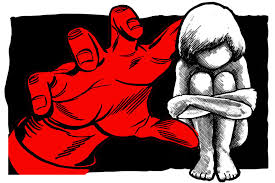 This adverse statement has been in the news lately as well, in this case, a 25-year-old man was accused of impregnating a 16-year-old girl while being in a sensual relationship with the minor. According to the court, “It cannot be said that the first marriage of the accused was not within their knowledge. As it is submitted that the prosecutrix (minor) intends to marry him and the accused is also willing to marry her once she turns 18 and that the matter is arising out of the affair and it is the case of a consensual relationship, to me, there is no need to keep the accused behind +.”

Furthermore, the victim’s mother filed a charge sheet for the bail of the accused on the pretext of the latter marrying the former, once she attains the age of 18, which made the court conclude the case and since the investigations had now ended there was “nothing” that the court could further do.

The Delhi High Court in its recent verdict granted bail to a man who was accused of raping a two-and-a-half-year-old girl on the basic norm of the FIR being registered 8 hours after the act. The man was primitively accused under Section 376 AB IPC and Section 6 of The POCSO Act, the accused had insisted the victim for oral sex where he was caught with his zip open, the neighbors had gathered on the scene and thrashed him, followed by handing him over to the police.

The court made recognition of the fact that the above petition had no foundation of valid medical documents and that there were no signs of such beating, as stated before, for an act to be of such heinous nature then why there was a gap of 8 hours before filing the FIR? The CCTV footage provided also had no reasonable cornerstone. The accused was granted bail furnishing a personal bond of ₹ 15000.

But the point being, was this a correct judgment? Will it be a lesson for the future perpetrators? Or will it be used as a ‘precedent’ for the formation of future laws? The answer resides in the eyes of the viewer.

People are being affected on a major level, on every level there is. In a broad perspective, most cases are concluded in the purview of moral standards of society while satisfying the sense of commonality within the lawmakers, it shows how the legal system of this country is unable to protect the basic idea of justice. If such instances keep continuing then time is not far when having a sensual relationship with a minor without ever having “skin-to-skin” contact would be treated as a simple fact.

It is true that our laws need to be changed according to the diverse nature of our environment but is it worth destroying its basic grundnorm? Does justice have to be served at such a substantial cost?