This Article is written by Anshumi Maloo, a student of Karnavati University, Gandhinagar. This article revolves around the two sides of Alternative Dispute Resolution methods which provides speedy justice at both domestic as well as international level.

Alternative Dispute Resolution (ADR) methods like arbitration, mediation, and conciliation make it easier for parties to deal with the underlying issues in the dispute in a more cost-effective way and with greater effectiveness. The area of arbitration is one that has been developed as an alternative to the traditional adjudication litigation practice.

Furthermore, these procedures have the benefit of providing parties with the opportunity to reduce hostility, regain a sense of control, gain acceptance of the outcome, peacefully resolve conflict, and achieve a greater sense of justice.

Arbitration is a structured method of Alternative Dispute Resolution (ADR) in which, after hearing the parties’ sides, disputes are referred by agreement of the parties, to one or more arbitrators who make binding rulings on the dispute.[1] In selecting arbitration, parties prefer a private conflict settlement forum rather than going to court. Most of the arbitration occurs because of an arbitration clause in a contract in which, by arbitration, the parties have agreed to settle any conflicts arising from the contract.[2]

The business world has recognized arbitration for decades as a preferred or at least sufficient method for the settlement of international disputes. However, the need to establish a system for international control and compliance became paramount as world trade grew.

A legislative system governing its legal status and usefulness in the national and international legal climate must be in place in order for arbitration to operate effectively. The organization of the arbitration process and the finality and enforceability of arbitration awards must be influenced by this regulatory structure.[3]

India is a developing nation and the legislation needs to be changed totally or to a certain extent in alignment with the evolving society, as the case may be. Bearing in mind our Constitution’s objective of providing equal and rapid justice. 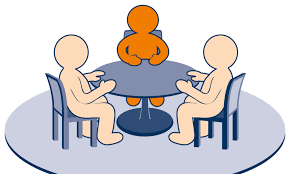 The benefit of ADR is that it is more versatile and prevents the courts from seeking recourse. In conciliation/mediation, at any stage of time, parties are free to withdraw. It has been seen that through ADR, the resolution of disputes is faster and cheaper. There are no strained relationships between the parties involved in ADR; rather, they maintain the ongoing relationship between themselves. [4]

For India, arbitration is nothing new. India is a land of villages and a well-known traditional method is to resolve disputes through ‘Panchayat dar.’[5] It was in the 19th century that a proper legal framework was introduced in India in this field. In India, there are two types of arbitration proceedings: institutional and ad hoc arbitration. The parties have the opportunity to search for alternatives to any of them based on their preference and satisfaction.

Alternative Dispute Resolution is not available to the public and all proceedings and awards are private and confidential. The average man is stuck in year-long litigation proceedings, eroding the very meaning of justice delivery. An opportunity will be granted to the common man with growth in the field of Alternative Dispute Resolution to demonstrate their dispute as well as reach a reasonable resolution.

Alternate Dispute Settlement also prevailed in the UK, where matters were resolved through such arbitration, conciliation, procedures in nearly 1947. Mediation was the foremost step taken for the purposes of settlement in China and Japan. [6]

One of the agreed arbitration principles is that confidentiality between the parties is usually an implicit obligation (if it is not explicitly provided in legislation or in the arbitration agreement). In Ali Shipping Corp v Shipyard Trogir[7], the English Court of Appeal held that the term of confidentiality was implied by statute as an essential corollary to the privacy of arbitration proceedings.

In the case of Hussainara Khatoon v. Home Secretary[8], the Supreme Court of the State of Bihar held that the right to a speedy trial is a constitutional right implied in Article 21 of the Indian Constitution to guarantee the life and personal liberty. The maxim of ‘Ubi Jus Ibi remedium’ often conveys the same message that a person has the right to approach the court if a wrong is done to him. Assistance from the court must not, on a financial basis, be withheld.

With the coming of the East India Company, the Bengal Resolution Act, 1772 and the Bengal Regulation Act, 1781, Alternative Dispute Resolution picked up pace in the region, providing parties to apply the dispute to the arbitrator, appointed after mutual agreement and whose decision is binding on both sides.

The Regulating Act, 1781 provided that judges could prescribe Alternative Dispute Settlement approaches to parties, no arbitrator award may be set aside unless there are two witnesses to the fact that a mistake was made by the arbitrator.[9]

Alternate Dispute Resolution is more business-friendly, with the Arbitration Provision contracting with commercial parties. Alternate Dispute Resolution is used by most firms, since it is less difficult, less costly, and, most importantly, confidential. Litigation takes a long year of bundled procedures that impact the company’s working processes, creating uncertainties in the financial sphere of its commercial sectors.

It has become difficult for the private sector to keep pace with conventional forms of litigation due to the growth of trade at an international level. Companies are desperate to settle the conflict outside the court which is more beneficial for them. Alternative Dispute Resolution method like mediation also plays a significant part in the resolution of family conflicts.[10]

Also Read- Punjab: In A Phase of Burgeon or Banjax? 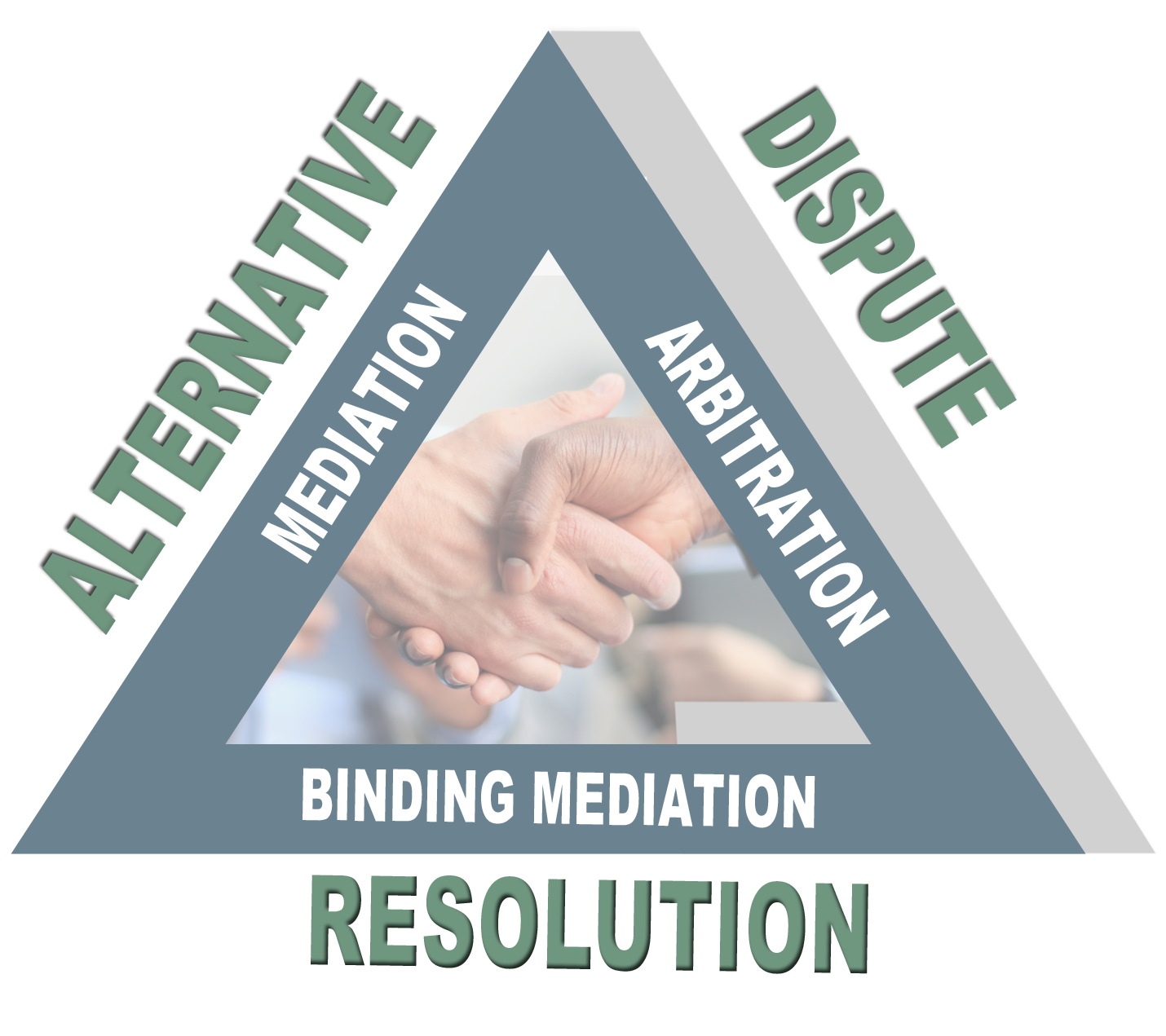 The ADR method may not always produce a settlement, with the exception of arbitration, where the arbitrator makes a binding decision. This implies that resources and time will be spent in a resolution-guaranteed process.[11]

One of the big drawbacks of using ADR is that, unless they bring a lawyer, there is no legal experience from the parties. In ADR hearings, however, prosecutors are less common as they make the situation more formal, which is one of the aspects that ADR seeks to prevent. When no side has legal experience, so a compromise must be negotiated on its own, this may lead to some strange and unequal outcomes.

However, in arbitration there is no equivalent of transparency as in litigation, there is a possibility that the parties may settle a dispute without knowing all the facts, which may lead to a wrong decision. However, most businessmen, for instance, assumed that a fast decision was better than spending time and resources on a dispute in order to get the right decision.[13]

This is also true of other services, not just attorneys, that are available to the parties. Some parties will be able to do detailed research on the subject being addressed, while others will have more issues and do not have the same background details. Furthermore, it is more difficult for certain parties to obtain all the requisite facts, which may make it more difficult for them to justify their position.

Resolution can be of great benefit to the common man, but in all developing countries of the world the concept does not acclimatize, as it contradicts that country’s domestic laws, special care must be taken that the resolution reached must rely on integrity, confidence, so as not to loosen links of subsisting relationships and, moreover, courts lack the authority to apply disputes to Alternate Dispute Resolution methods.

A narrowly worded mandatory arbitration provision is sometimes found in the contract in dispute. For example, many lease agreements and employment contracts include compulsory clauses for arbitration, as do operate agreements and other forms of business contracts. Unless all parties waive arbitration, at the request of either side, most states may compel arbitration.[14]

Another issue with ADR is that there are no precedents made or followed since there is no strict hierarchy or structure. This makes it very difficult to grasp how a topic can be answered before it is actually heard. It is likely that there would be several cases that have different findings, with almost similar facts.

When it comes to award there is no equivalent to S.66 of the 1996 Arbitration Act which specifies that an award rendered by the tribunal under an arbitration agreement can be applied with the same effect as a judgment or order of the tribunal allowing ADR awards to be enforced as though they were a judgment of the tribunal.[15]

Alternate Dispute Resolution is a prerequisite, both at the national and international levels. The standard of justice suffers when the decision on piles of cases is excessively postponed. If a better way has been used and discovered, then it is not a wiser display to hang on to conventional principles. This methodology is helpful in the efficient administration of justice, which is the essential cornerstone of any judicial system.[16]

Alternate Dispute Resolution with serious care and proper management is an appreciable measure if taken. From speedy justice, fewer costs, deserved justice, protected secrecy, and final happiness, a common man can enjoy many of its benefits.